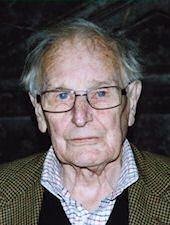 Track 1: Memories of her father Nat, who bought Golden Miller as a foal in 1927. Golden Miller in his time won 27 chases, five Cheltenham Gold Cups and the Galway Plate. Track 2: Another great horse owned by Nat was Monk’s Star. Recalled a momentous day at Punchestown in 1957 when Monk’s Star won the Maiden Chase with Francis Flood on board, leaving six horses for dead. Recalled the friendship and business relationship between her father and Tom Dreaper. Track 3: Reviewing memorabilia and recalling her first horse, Crenella, who won in Ballydoyle and was subsequently the dam of five major winners. Track 4: Discussed a plaque presented to Nat during the 1950s by the English racing fraternity, in recognition of his record in producing great show horses, including Mighty Atom. Track 5: Her father’s early sporting life and his talent for horsemanship in point to point races, including the Farmers’ Race at North Kildare’s Harriers Hunt, held at Windgates near Maynooth. Recalled seeing ladies ride sidesaddle during the pre-war years.