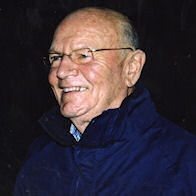 Track 1: His background in Newbridge, Co. Kildare and growing up on a stud farm where his father John worked. His own work in late 1960s as a young stablehand for Edmund Loder in Newbridge. In 1973 he came to Moyglare Stud, and the work he did there. Track 2: His short education and serving his time for W.J. Brennan. His first ride in a race for Danny O’Donnell. Track 3: A description of a day working on a stud farm. Track 4: Wages and conditions in the early days working for Danny O’Donnell at The Curragh. In 1973 he began working with Moyglare Stud, and he describes his role as a groom. Travelling with horses overseas and his ability to understand the nature of a thoroughbred horse. Track 5: Breaking in a horse, the individuality of the horse, and his favourite horses which include ‘Be My Guest.’ Responsibilities and pressures in handling such valuable animals. The important role of a feedman in a stable yard. His present work and looking after foals.