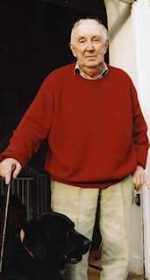 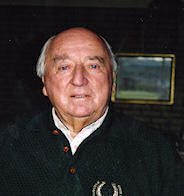 Track 1: Growing up in Churchtown, North Cork. His background, and a windfall which came to his father from his uncle. The maternal side of the family, the Twomeys. His own education. Track 2: Starting to work with horses at a very young age. His brother Vincent who was successful in gambling. The buying of Ballydoyle Stables in Cashel, Co. Tipperary. Track 3: His amateur riding days and the many races that he won. Working as a jockey. The opportunity to work as a jockey for a stud farm in England but returning to work with his brother, Vincent. Track 4: The Turf Club in the early days and the reasons why the stables were such a success from the beginning. Track 5: Riding in the English Grand National and coming second on ‘Royal Tan.’ Track 6: A typical day in Ballydoyle. Recalling some of the racecourses he raced at in the 1950s. Beginning to train horses from 1956 onwards. Track 7: Purchasing South Lodge. Track 8: Moving to Thomastown Castle estate and building a house and stables there. The owners that he trained for in the early days. Marriage to Ann Pilsworth. Track 9: The 1960s and the changes at that time in the industry. Finding a market and clients overseas. The changes in the system and the people who instigated them. Track 10: Keeping his own business small and being fortunate in choosing the best riders. Being five times winner of the Galway Plate. Track 11: Buying Landscape House and the sale of Thomastown.