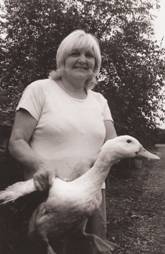 Brendan Murnane grew up in Portroe, where his father practiced as a doctor, and Brendan remembers that he often declared that house calls were a big problem during the Troubles of 1916-22. Many stories were related to me about the introduction of rural electrification in the area, and recollections of the barge boats operating into and out of Garrykennedy. Brendan spoke about how treacherous Lough Derg could be, and how sometimes the lake had the ability to blow up a storm. The boat people had to be good handlers of barge boats to survive the conditions. Finally, the formation of a local committee in earlier days to introduce people to the newly-available electricity provided the topic of a very entertaining conversation.