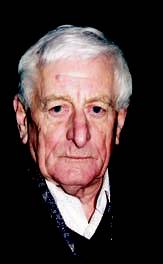 Track 1: The War of Independence, and the smuggling of a firearm from Tralee to Dingle by Bridie. Track 2: Recalling Kevin Barry’s execution on the same dreadful day as the burning of her family home by the Black and Tans. Track 3: The Civil War days are discussed, and also de Valera’s absence during the War of Independence. Track 4: The day the Black and Tans raided their house in Dingle. Track 5: The arrest of her father, a teacher in the town, and his time in Frongoch. Track 6: Her family background. Track 7: Bridie’s husband was interned at Frongoch prison camp in Wales. The burning of the RIC barracks at the Mall, Dingle during the War of Independence. Other volunteers from Dingle at Frongoch and how they all passed the time there. Track 8: Going to Tralee Jail to visit Jim and Mike Moriarty. A letter she received from Jimmy Fitzgerald while he was a captive in Frongoch, a visit to Dublin during the War of Independence, and the stealing of an English officer’s motor car.