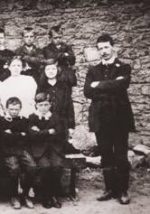 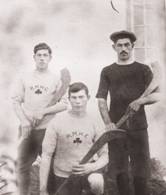 My recording of Christy Gleeson began with a discussion on the local place-names, and people whose families have lived locally for many generations. His father Sean was a school teacher, who was brought up on the Clare side of Lough Derg. In 1913 he was brought in by Canon Darcy to teach in Terryglass school. He married in 1929, and bought the house and farm which Christy is now working, for £320. He was a great collector of local folklore, and collected many stories from Bridget Parkinson. While walking through the pathways of the Gleeson land, Christy spoke eloquently about the way of life on the shores of Lough Derg. This interview continues in part 2.