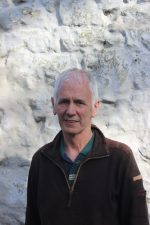 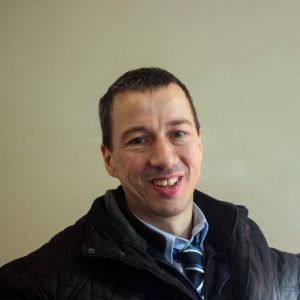 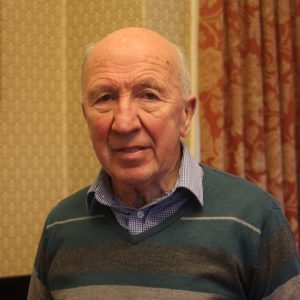 Cootehill, Co. Cavan was the location of the ancestral home of the Jordan family. In 1933, David Jordan’s father Fred moved to Drumboghanagh, where he was succeeded in farming by his son, and later by his grandson. David is a member of the Presbyterian community and he describes how life began to undergo a drastic change locally in the 1970, beginning with a total mistrust between neighbours. A checkpoint was situated one and a half miles away, which placed his farm in No Man’s Land. He recalls a terrible occasion when he discovered a hooded body lying outside his gate one morning as he went to milk his cows. He later heard that the victim had been classed as an informer. In 1976, on an occasion while he was driving home, an armed gang attempted unsuccessfully to use him and his vehicle as a human bomb to be driven into the town of Newtownbutler. He describes his and his family’s feelings of vulnerability and insecurity, and the many threats they received, but he was adamant that they would continue to live and work on the family farm. As recently as 2012, in an act of intimidation, shots were fired over the farm sheds, resulting in severe trauma for the Jordan family, but he is quick to point out that he also receives great support from his Catholic neighbours.