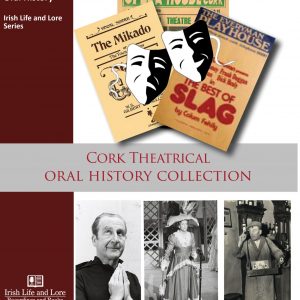 Track 1: Growing up in the 1930s and 1940s in Cork city, his education and his mentors in music. His time as a choir member during his boyhood. Track 2: The origins of a movement in the performing arts in Cork City in the fifties. Track 3: His early days on stage in singing and acting, and some of his early performances. Track 4: Association with the theatre in a voluntary capacity. His association with Professor Fleischmann. Track 5: Collaboration between the Ballet Group and the Drama Group and the great success of this. Track 6: The ‘Tops of the Town’ competitions in the early seventies remembered. Track 7: Working with James N. Healy; and a song “This Nearly was Mine”.