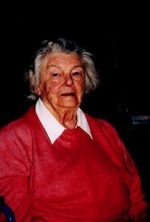 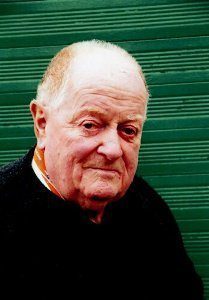 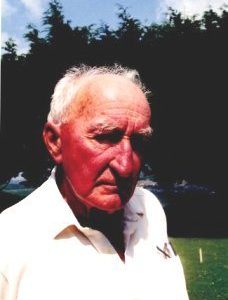 Track 1: Diana Sandes traces her maternal family, the O’Gradys, and her paternal ancestry. Track 2: Her father’s service in World War I, and in World War II working closely with Lord Mountbatten. She explains the family connections to the Ushers of Flower Hill. The gravesite dedicated to the family on the estate. The demolition of the house and its rebuilding on the same site in 1964. Track 3: A discussion on the Sandes of Sallow Glen, and her husband’s ancestors. The changing of the spelling of her surname. Her marriage to Terence (‘Ben’) Sandes at the end of World War II. He had been a pilot in the RAF during the war. A discussion on the Flower Hill estate, and its entailment. Track 4: Diana’s school days. Joining the WRENS, at the age of eighteen. Recalling Lord Mountbatten and her father’s friendship with him. Track 5: Deciding to emigrate to South Africa after her husband’s discharge from the RAF, and their later move to Flower Hill. The last of the gentry living in that area are discussed. Track 6: Remembering Glencairn, where the Bushes once lived. Also, a discussion on the Ushers. Track 7: Flora Sandes, a sister of Diana’s father-in-law, who fought in the Serbian army during the war is recalled, along with other Sandes ancestors, through a family scrap album.