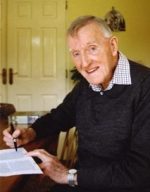 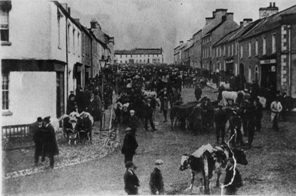 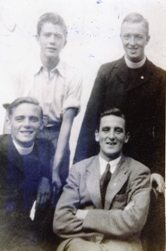 Track 1: His background and early education in Tullamore, followed by his fifteen years of formation with the Society of Jesus in the Tullabeg novitiate, and ordination in 1955. Track 2: As part of his formation, going in 1955 as a missionary to what was then Rhodesia, under British rule, and teaching mathematics in Canisius School in Chikuni province. Track 3: His views of Rhodesia under British rule, and the time of its emerging independence, which was declared on October 24 1964. Track 4: Memories of his ordination as a Jesuit priest in 1964 and becoming Principal of Canisius School in Chikuni. Described Independence Day in Zambia. Track 5: Undertook doctoral studies in Birmingham, UK, in 1970. Achieving Zambian citizenship. His involvement in establishing centres for education, veterinary science and agriculture in Lusaka. Elected Dean of Education at the University of Zambia and, subsequently, Deputy Vice-Chancellor and Professor of Education. Track 6: His involvement in planning for health education in the context of the HIV pandemic in Zambia. Track 7: Memories of his three late brothers: Paddy, who married and lived in Drogheda, and Fr Bob and Fr Joe, both Jesuit priests, who served in Zambia and Manhattan respectively.