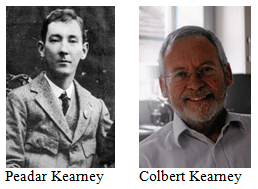 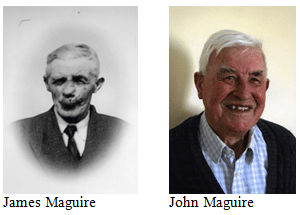 Frances Fagan initially explains that she had four brothers and one sister. Tragically her mother, Mary Bridget Kelly, died at the age of 33 when Frances was six days old. Her father, Jack Kelly, worked as a cattle dealer. Frances recalls the 1966 commemorations of the Rising, and says that her father was a supporter of Michael Collins. His brothers, Michael and Christopher Kelly, also took part in the nationalist struggle, and Michael, who was godfather to Frances, is recalled. Jack Kelly never spoke to his children about his role in the struggle, and he is recalled as a man who worked hard all his life to provide for his family. Frances knows very little about Jack’s activities, partly because she was reared by her grandmother until she was six years old. She recalls details of her grandmother’s family. She recalls the fact that her father was friendly with Pat Macken and Peter Brady, and that they would socialise together and attend race meetings and the dog track. Jack Kelly died in 1979 and his wish was that he would not be afforded a military funeral. Frances is not aware of a military element to her uncle Michael Kelly’ funeral. Frances fondly recalls Nancy Rogers, wife of her uncle Michael, and also Mary Byrne, both of whom were involved in nationalist activities. She is aware that these women acted as messengers but they never spoke to her of their activities She reflects upon the form she would like the centenary commemorations of the Rising to take. She explains the reason why her parents are buried in different locations. She remarks that she is not as interested in history as had been her late brother. She recalls just one remark made by her father to her cousin about the location in Beggstown used by the Black and Tans. Apart from this, very little is known about Jack and Michael Kelly’s roles in Ireland’s struggle.