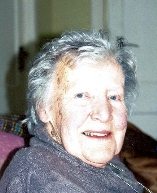 Track 1: Honor Lee (née Maxwell) discusses the Maxwell family who came from Belturbet, Co. Cavan, where they were farmers. Although it was intended that her father would go into the church, he made a decision to join the Indian Army, she explains. Her mother, Mary, was a member of the Savage family of Ards. Her maternal grandfather, Henry Savage, served in the 3rd Gurkhas in India and he returned to Ireland in 1911 when he was asked to raise the Royal Irish Rifles and train them in Co. Down, though men came from all over the country. Honor mentions a book entitled ‘A V.A.D. in France’ by Olive Dent, illustrated by her mother Mary Savage. Both women had served as V.A.D.s together. Honor recounts an anecdote about a horse being arranged for her mother to ride sidesaddle in France. Mary was a colonial child, born in India, and she attended school in England. Honor has some of her letters in which she discusses the great heartbreak caused by the slaughter in WWI. Honor explains that her mother’s grandparents, the Oldhams, lived in Suffolk and they looked after the children while their parents were in India. After the war Mary went out to India where she met her husband, William Ernest Maxwell. After Mary’s parents’ retirement, the family lived in Cushendall, Co. Antrim. Honor remarks that children in this situation had to be self-reliant. She remembers her mother saying that what was so awful about the war was not alone that people were killed, but also all the wonderful horses and mules. Track 2: Honor details her mother’s work during WWI, from 1916 onwards. She drove an ambulance for the St John’s Ambulance, based at Rouen. Honor recalls some of the stories of this time told to her by her mother, including descriptions of the inadequacy of supplies such as antiseptics, and the unventilated horse-drawn ambulances in which the bodies of the dead were carried in tiers. She also recalls details described to her about the Battle of the Somme. Mary’s father, Colonel William Henry Savage, was to lead the last group to go over the top but he never received the order and thus they survived. Honor recalls her mother’s opinion that the generals were incompetent and did not realise that tactics would have to change from those used in the Boer War. After the war, Mary returned home to Ballycastle and then travelled out to India where she met her husband-to-be, William Ernest Maxwell. He served in Afghanistan with a Beluchi regiment for several years and Honor discusses the document which he wrote in 1940 about the area and its importance today. Some other family connections are discussed, including her great-grandfather, Brigade Surgeon C. F. Oldham, who went out to India as a surgeon just after the Mutiny, marking another strong family connection with India. She also recalls Sir Rollo Gillespie from Comber, Co. Down, who was banished from Ireland after a duel and went on to become a colonial administrator. Track 3: Honor spent her early childhood in India at a time when her father was Controller to Lord Linlithgow, Viceroy of India. She recalls that life was tense in India just before the family left in 1946 on the last troopship from Bombay to Liverpool, returning to a post-war England. She describes her mother’s house-hunting experiences, the purchase of Riverview near Bandon, and she details the history of the house. The family farmed the land and her mother’s close involvement in the farm is recalled, as is her joining of the NFA march in Dublin in the 1950s. The many retired people around the Bandon area who used to live in India and who were friendly with her mother are remembered. Her parents’ difficulties with the Troubles in the North which led to their relocation to the Republic are recalled, and Honor tells an anecdote about the local Unionists meeting with her father in the early 1940s. Track 4: Her family connection with Sir Roger Casement is mentioned by Honor as she explains that the Savages and the Casement families had intermarried. Roger Casement was highly thought of by the family until he became caught up in nationalism, she says. She recalls her visit to Messines when the Island of Ireland Peace Tower was opened and she recounts an anecdote about a chance meeting during that visit and an experience she had there. Track 5: Honor reads a letter from her mother’s godfather, Major-General Sir C. H. Powell, in relation to the Red Cross mission to Russia on which he wished her to go, and another letter written by Mary to her mother is read. An amusing letter, with accompanying sketches, written by her father to Mary, which describes a boxing match and dance he had attended the previous night in Belturbet, is also read.