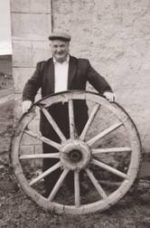 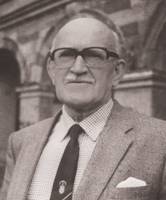 On the foothills of the Silvermines, I met James Nolan in his old blacksmith’s forge, now long out of commission, where all the remnants of the blacksmithing and wheel making trades in the form of tools still hang on the walls. He described how each was used. There was a small sawmill next door, where he and his father would obtain ash, oak and elm for the making of cartwheels in earlier days. He then spoke about the people who had lived in the village, including his great-grandfather, who obtained a licence to start a pub in 1816. We walked a short distance to his own house, where he showed me old photographs of his grandparents, explaining that his grandmother had a family of 13 children. When the Lisdoonvarna Festival came around in September, she would leave behind all her children and travel to the town. This was a most interesting and entertaining recording.