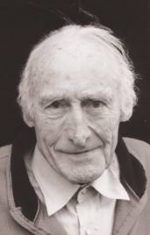 On a return visit to John Clark’s home the recording began by recalling John’s father Jimmy who was jailed, first in Tullamore Barracks and then in Kilmainham, just before the Rising in 1916, and was released afterwards. John told me many stories of time spent working in the barber’s shop, and the many characters who would frequent the place. The Grand Central Cinema was the hub of entertainment in the town. The old laneways were spoken about, and the row of thatched cottages in Clontarf Road, one of which was the Clark home. This recording finished with stories about the barge boatman, the Sinn Fein courts, the religious way of life and the fairs in Market Square in Tullamore.