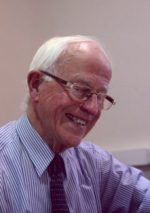 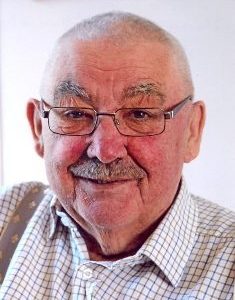 John J. O’Brien is the nephew of artist Patrick Tuohy, and he recalls his uncle’s life, including details of his background, his family home, his schooling, his studies in the Dublin Metropolitan School of Art (DMSA), his awards and scholarships, his studies in Europe, his return to Ireland and his commissions. His travels to America and his tragic death in 1930 are also recalled. John explains why he undertook research on the life and work of Patrick Tuohy and he provides his impressions of the man. The paternal and maternal families of the artists are explored. The Tuohy family life as it was lived at No. 15, North Frederick Street in Dublin is described. The artist’s school days at Patrick Pearse’s St. Enda’s in Rathfarnham are discussed while leafing through hand written letters and periodicals. William Pearse was the Drawing Master at the school and he was to exert a great influence over his young student. John reads from a letter written in Curragh Camp in 1917 to the artist’s mother by Tomás Ashe while he was imprisoned after the 1916 Rising. The context is also provided. In 1911 Patrick Tuohy began his studies at the DMSA (renamed the National College of Art in 1936) where he was to be awarded scholarships and other awards. After the 1916 Rising he continued his training in Madrid, and what transpired there over the following two years before his return to Dublin is described.