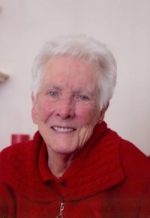 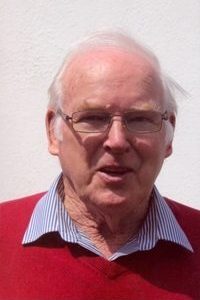 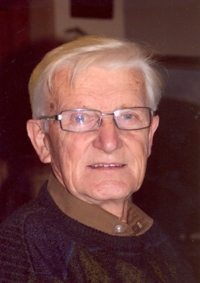 Kathleen Dunican came to Shannonbridge in 1954, a year after her husband arrived there. Kathleen is from Turraun and is one of three children. Her father worked for a section of the Board of Works which later became Bord na Móna. She describes her mother and sister ‘brestling’. This turf product was crushed for peat before being exported to England. Kathleen and her family all footed turf at one time or another in order to earn money. Kathleen worked in the canteen at the camp and she recalls the activity at mealtimes. The men came from Mayo, Cork and Kilkenny, she recalls, and the caterers were a family named Taylor from Limerick. The food was traditional fare, including stews and joints. She worked there as a teenager and recalls the work as being hard. After finishing school she worked initially on farms both indoor and out. She recalls doing the washing and also spreading potatoes. Her maternal grandmother, who was a Molloy, owned a pub and grocery, and on weekends Kathleen would bottle Guinness there and weigh out the goods. Her mother’s brother ran a hackney car in Clara, which proved very useful for special occasions, she says. One of Kathleen’s jobs was to freshen up the paint with a cloth soaked in paraffin oil and she also describes blackening the stove. The old remedies are remembered, including gruel for a cold and the use of poultices.
Kathleen recalls walking home one evening with a young man who had been in a sanatorium, and she says that she and her sister were warned about being careful about whom they associated with. She remarks that mothers-in-law at that time were very strict. During the Second World War Kathleen was part of a group which went to work in the cotton mills in Rochdale in Lancashire. She did not like this work and moved on to work in a nursing home for the elderly, which she enjoyed. At this time Kathleen had met her husband, Tom Dunican, who was on ground patrol in the Royal Air Force and who came from Turraun. She describes how he made contact with her and how their relationship developed. The rationing after the war is recalled. At this time, Kathleen was lodging with seven Russians in a widow’s home and she says she was fortunate to meet this woman with whom she became friendly. She and her husband did not like life in England though there was plenty of work, and they came home in 1949 to Turraun. They reared one son and two daughters. Tom got work as a general foreman with Bord na Móna and initially worked at Derrygreena and Rochford Bridge, which meant being at home just at weekends. He was later appointed to the same position at Blackwater bog near Shannonbridge, where he stayed until retirement. Life in Shannonbridge in 1954 is recalled and Kathleen remembers it as a poor place at that time. The businesses of the period are described. She now lives on the main street in what had once been the St Kieran’s Church of Ireland premises. Her husband’s parents moved in with them after leaving their farm, she explains and she tells the story of how they came to make the church their home. Moving produce on the River Shannon is recalled, and Kathleen again talks again about how deserted Shannonbridge was in the early years of her marriage. She speaks fondly of her mother-in-law and recalls how good she was with her grandchildren. She is the last of her family still alive as her parents and siblings have all passed away. However, Kathleen says that she is very fortunate to have her grandchildren.