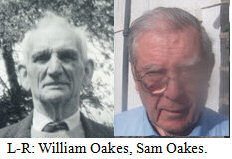 Track 1: The Ballyduff, Co. Kerry, background of the Mulvihill family is explored by Liam Hutchinson, who explains that Michael Mulvihill joined the British Civil Service in London, where he became a member the IRB. Adopting the alias Michael O’Connor, he returned to Dublin in 1916 to take part in the Rising. Track 2: Contains a description of the movements of Michael Mulvihill in the GPO during Easter Week, and his fatal shooting at the corner of Moore Lane, as he accompanied The O’Rahilly onto Moore Street, beside the GPO. The late arrival of the tragic news to the Mulvihill family in North Kerry is also described. Track 3: Liam Hutchinson’s father, John, was a member of the Free State Army, based in Limerick, and his mother, a niece of Michael Mulvihill, was an ardent supporter of Fianna Fáil all her life. Liam Hutchinson explains that his mother’s uncle, Tom, was involved in the War of Independence and the Civil War, and that their father was a teacher who lost his job, leaving the family in near destitution, save for the financial support by his son, Michael Mulvihill, from London. He also explains that the Mulvihill family left for England in the years after 1916. Track 4: A descriptive account of Liam Hutchinson’s strong support of civil rights, and of the hunger strikers in the North of Ireland during the recent Troubles. Track 5: The final resting place of Michael Mulvihill in Glasnevin Cemetery is mentioned, and accounts are related of family lore, including the refusal of an offer of help from the White Cross Fund.