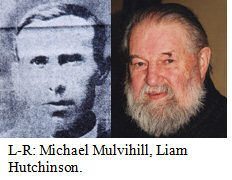 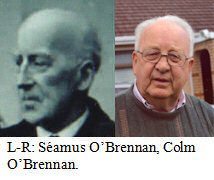 Track 1: Sam Oakes discusses the mobilisation of the Irish Volunteers in Kilkenny city prior to the Rising, the Countermanding Order issued by Eoin McNeill, and the great confusion which resulted therefrom. Both William and Michael Oakes were present when it was received. Michael Oakes became involved in the War of Independence, spending some time on the run. An account is given of William Oakes, who was involved in the making of explosives prior to the Civil War and was injured as a result. Track 2: The republican stance taken by the Oakes brothers during the Civil War is described, as is an event witnessed by Sam Oakes as a young man while working with the Health Board in Kilkenny, which illustrated the healing of the divisions between two men who had taken opposite sides in the Civil War. Track 3: Sam Oakes describes how he discovered the details of his father’s life during the 1916-1923 period. He recounts an anecdote, told to him by his father, about ‘Ginger’ O’Connell, a Cork-based ex-United States soldier and later Deputy Chief of Staff of the Free State Army, who would come to Kilkenny to drill the Irish Volunteers in the period before the 1916 Rising.