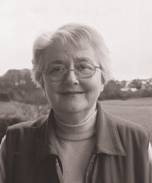 Matt Mooney’s ancestors arrived in the area in the late 1600s and lived beside a 6th century monastery connected to St Colman. The 19th century Celtic scholar, John O’Donovan, called to the area and met Matt’s grandfather, and having recorded his memoirs, wrote in a footnote in one of his books, “How could a man know so much, be so accurate, and go back so far?” Matt’s own ability would match that of his grandfather. His ancestors were involved in transporting all sorts of goods for the merchants before the advent of the railways, and he had many stories to tell about this.