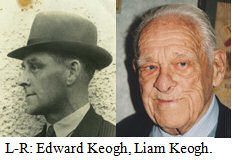 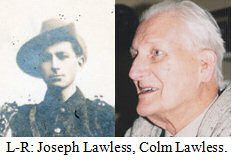 Track 1: Maureen Haughey discusses the Lemass family business in Capel Street in Dublin, her grandfather, John, and grandmother, Frances, and their personalities. She describes the involvement of her father, Seán Lemass, and his brother Noel in the 1916 Rising. Both were stationed in the GPO and arrested but later released because of their extreme youth. Track 2: Maureen Haughey describes the events of June 1923 when Noel Lemass, an anti-Treaty IRA officer, was abducted in Dublin. His body was found later on the Dublin Mountains and his remains were identified by his best friend, the actor Jimmy O’Dea. She recalls her mother, Kathleen Hughes, who in 1924 married Seán Lemass, who rose through the Republican ranks. She remembers being told by Todd Andrews that her father had been one of Michael Collins’s Twelve Apostles. Her aunt would recall the week of the Rising “when the sun shone every day”. Track 3: Maureen Haughey recalls canvassing for her father as a young girl, her father as a family man, and his involvement in family life. She mentions her brother Noel whose school friend, Charlie Dalton, was the son of Emmet Dalton, a leading member of the Free State. She recounts an anecdote told by her father relating to his involvement with Paddy O’Brien, on a Volunteer march to Wexford under the command of Andrew McDonald, during which Paddy was shot dead. She recalls the 1966 Commemoration ceremonies and her pride in her father who was Taoiseach at this time. Track 4: Maureen Haughey discusses her father’s reluctance to speak of Michael Collins, The relationship between her father and Éamon de Valera is described. Mention is made of the Capuchins who occupied the upper floor of the Lemass family business in Capel Street. The Derry parents of her husband, Charles Haughey, are recalled. His mother was a member of Cumann na mBan, (the Women’s League, pledged to work for the establishment of an Irish Republic) launched at Wynn’s Hotel, Dublin, in April 1914. A majority of its members rejected the Treaty and many were imprisoned during the Civil War. Charles Haughey’s father took the Treaty side at this time. Track 5: Maureen recalls her schooldays at Muckross Park and studying Commerce at UCD where Charles Haughey was also a student. Track 6: Seán Lemass’s reading material for relaxation is recalled. Also recalled is an occasion during WWII (the Emergency) when a government purchased fishing vessel was blown up by a German submarine, and the evacuation of the Lemass children to Skerries at this time. Track 7: The Troubles in Northern Ireland are recalled, as is the Garda security at the family home. Also recalled is Hugh Earley, ministerial driver for her father and his friend from Civil War days. In 1965 Seán Lemass and economist T. K. Whittaker held a secret meeting in Stormont with Captain Terence O’Neill, Prime Minister of Northern Ireland, which is recalled. Track 8: The current location of family papers is discussed. Seán Lemass’s death in May 1971 and the State funeral afforded him are recalled.