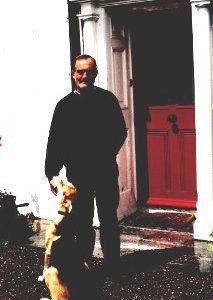 Track 1: Heaslip and Sons Ltd., 1904 – its origins, and its survival for three generations is discussed by Michael Heaslip, along with St Dominic’s Mills, Cork, the original site of the family business. The Heaslip’s family origins. Track 2: A discussion on the Royal Irish Constabulary, of which his great-grandfather was a member. Fear of the IRA, and the animosity directed towards the Protestant community in Co. Cork during the Troubles. Track 3: The growth and development of the businesses of corn millers and importers. Track 4: Michael’s education in a Quaker school and his apprenticeship in Liverpool and London. Entering the family business in 1957 and recalling the customers. Track 5: The transition period while milling practices were changing. The Common Market, and its impact on the business. Track 6: Early days of transport. Linseed meal, maize meal and pig ration and their shipment. Track 7: Retiring at the age of sixty-five from the family business. A discussion on the merger with Jacobs and its consequences. Track 8: Tracing the maternal side of his family who were connected to the Huguenots . Track 9: His present life as business director and his charity work.