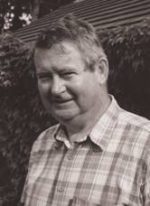 I met Michael Herriott at his own home on an early May morning, as he was preparing to spend a day fishing on the lake during the dapping season. Michael showed me some historical photographs taken by Jack Ryan in the early part of the last century. He described some great characters fishing in those days, and recalled that often he had travelled on a bike with his friends from Nenagh to the lake. From a very early age, he fished with his uncle Al on productive days, when they would catch a large number of perch. Their sale to local people provided welcome pocket money for him. Some of the great fishing people included Chris McGrath, known as ‘The Wedger’ and another great ghillie was John Hogan. Michael emigrated to England in 1958, and joined the police force in Manchester. I recorded many stories of his time in the force, up until 1995. In retirement in Dromineer, he is settling back to what he loves most in the world – fishing on Lough Derg.