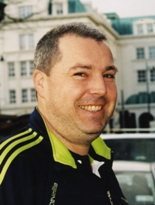 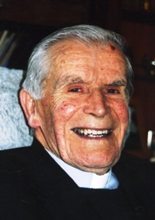 Track 1: Michael Leane grew up at Muckross Road, Killarney and he explains that in 1942 his parents bought the head gardener’s house and three quarters of an acre on the old Kenmare Estate. His father worked as a porter at the Cahernane Hotel, originally a Herbert home. Track 2: The history of the old Town Hall in Killarney is explored, and the many town clerks, engineers and rate collectors who operated from the premises are recalled. The old Town Hall dances, held upstairs in the building, are also mentioned, as are the dances held behind the present Town Hall. Track 3: Kenmare House and Lady Grosvenor are fondly recalled, and a discussion follows on the great work which she undertook for the community. The years of the Emergency (1939-1945) are remembered when special trains left Killarney for Dublin carrying turf and timber for the citizens of the capital. The beautiful rows of black alders on Ross Road and the lime trees at Muckross Road which Michael Leane remembers from childhood are described. Track 4: Urban District Councillors Con Courtney and Henry Downing of former days are recalled. Michael Leane’s education is also discussed. Track 5: His emigration to England in the 1950s, and his return to Killarney shortly afterwards on the establishment of Liebherr in the town, is discussed. He spent forty years working at the facility, and he explores the history of the company and its arrival in the town. Track 6: Hilliards and Palmer of Killarney was at one time Michael’s place of employment, and he discusses this business and its history in the town. The commemoration of the 1916 Rising in 1966 in the town is remembered, when the shop windows of Killarney were festooned with artifacts relating to Irish history. Track 7: Killarney Urban District Council and its importance to the town over the years is discussed. The civic receptions accorded and the presentation of ties and scarves to dignitaries are recalled. A discussion follows on the old Killarney families, many of which lived in the laneways in the town.