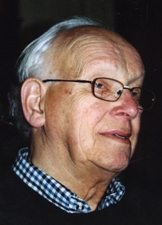 Track 1: Michael Purcell recalls joining Jacobs in 1966, working in the Drawing Office, and his colleagues there Cecil Fry, Jonathan Bewley, Mike Kellett, Ken Wilson and Bill Hodgins. Memories of the ‘old school’ atmosphere that prevailed in the workplace are also recounted. Track 2: The stages of biscuit-making, and the expertise of those who manufactured the product are described, as are the changing designs of the packaging. Track 3: Michael outlines the differences between the old building and the innovative technology in the new Tallaght factory, and he describes working closely with the UK suppliers, Henry Simon and Co. Ltd on machinery design matters. The move to Tallaght, and the unfortunate financial struggle for the company which followed are recalled. Track 4: The business acumen in the Quaker tradition and the atmosphere of the Bishop Street workplace are described. The fact that in 1966 a series of photographs was displayed in a case attached to the exterior of the building, supplied by Dublin Corporation, to commemorate the 50th anniversary of the 1916 Rising, is also recalled.