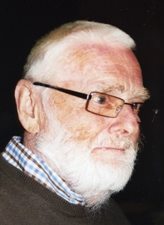 Track 1: Neville Wiltshire discusses his background, growing up in North Circular Road in Dublin. He recalls that his father joined Jacobs as a young man, and he fought in World War I with the Dublin Fusiliers. Neville, who worked in the Payout Department in Jacobs, remembers that in 1957 an employee, Paddy Birtley, was paid one shilling extra weekly in what was known as ‘loyalty money’ from the time of the 1913 Lockout. Track 2: In 1956, after graduating from Trinity College, Neville joined Jacobs, working in the Personnel Department and he describes his role. The hierarchical management structure of the company is described, and Neville mentions that an individual’s religion played a significant role in his advancement prospects, as did the strong Masonic influence within the company. The industrial disputes which occurred in Jacobs are recalled, as is his own involvement with the trade unions and the welfare system that existed to assist employees experiencing hardship. Track 3: Neville recalls the self-sufficient nature of the business, for example the frames which were constructed for the chassis of company vans and made on the premises. He remembers the mill peat delivered daily by Bord na Móna, and the horse-drawn carts used to bring deliveries to the railway, the gasometer on the premises which his father recalled coming from the old gasworks in Thomastown. Nicknames and ‘characters’ among the employees are also humourously recalled. Track 4: The recruitment of male employees to operate the night shift, as women were not allowed on the premises at night, is remembered. Neville left Jacobs in 1973 and moved to Dundalk Papermills as Personnel Manager, later moving to the Smyths Group. He reminisces on the benign atmosphere enjoyed in the workplace by employees at Jacobs, and remembers the wonderful aroma of baking biscuits.