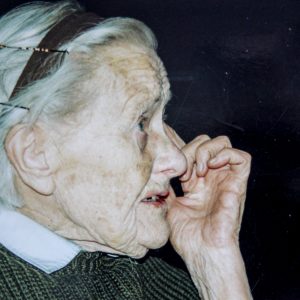 Seamus O’Sullivan grew up in the 1950s in Broadford, where his family ran a public house. He discusses his great interest in Irish history, and he begins the recording with an explanation on the meaning of local place names. He continues by recalling the long march by the O’Sullivan clan from the Battle of Kinsale in 1601. While exploring old Irish maps he explains the movement of peoples from the time of the Norman invasion onwards. The local battles which took place are recalled, as are the landlord class, evictions, the workhouses, the Famine, the Land League, hedge schools and their masters.