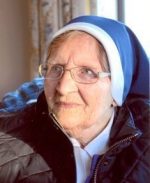 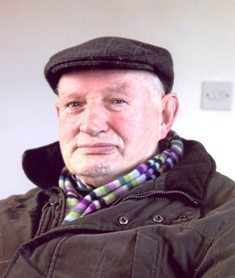 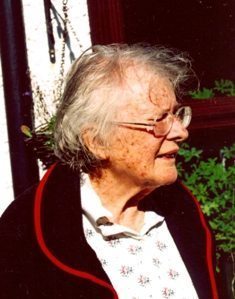 Bernadette Relihan grew up in Patrick Street, Listowel, one of a family of ten children. Her father, John Relihan, worked as a creamery manager at nearby Coolard, and her mother, Mary Ann McElligott, was a native of Duagh. Bernadette explains that she learned a lot of detail about the War of Independence and the Civil War in Kerry as she spent much time with her grandparents in the McElligott home during her early years. Her uncle, Tom McElligott, whose nickname was ‘Pro Patria’ was on the run when his home was visited by the Black and Tans. Under duress, his father gave details of his location to the British forces, and as a consequence the father and son never spoke again. The recruitment of young schoolgirls to join religious orders in her young days is recalled. Bernadette was initially educated by the Presentation sisters in Listowel, and later at Loretto Convent in Killarney. She entered the Presentation Order as Sr. Martina, and began her studies at the Oakpark Novitiate in Tralee in 1938. In 1942 she was sent to teach at Milltown Convent in 1941, and she describes her first impressions of the convent there, the village and the surrounding area. Convent life during the years of WWII is recalled, as is the access the sisters had to tea despite the rationing. She explains that a corridor joined the primary school to the convent, so the sisters’ access to the outside world was very limited. No radio, television or newspapers were allowed in the convent, and she explains that her ‘salvation’ was the smuggling of the Irish Press newspaper to her by a parent. The annual three week holiday in Ballinskelligs was a highlight in the lives of all the nuns. One of her great joys is the continuation of the school choir, which she herself established.