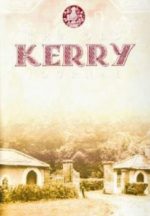 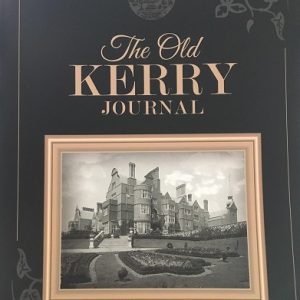 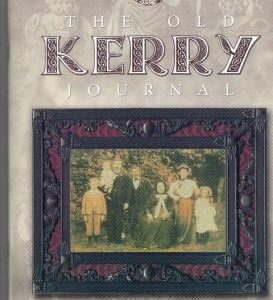 This second volume contains 8 articles on diverse historical matters from around the county. Russell McMorran contributes two pieces on Ballyseedy Wood, one on the trees on the walks and another outlining its history. This takes in the families that added to the traditional wood with additional planting, development of Ballyseedy Castle, duels fought there up to the creation of Ballyseedy Wood Action Committee which began to raise the funding almost 20 years ago and ultimately bought the wood for the State and local people.

The process of the move of a number of families from the Castlemaine to Lispole band of the county (who availed of dispersals by the Land Commission) to Co. Offaly is told by Jane O’Hea O’Keeffe. This relocation eventually saw Sean Evans from a subsequent generation win an All-Ireland medal at Kerry’s expense in 1972.

Gerald O’Carroll, author of the most recent history of Kerry, writes of Tralee Gaol. Tom Dillon accounts for the lives of the two Kerrymen who won Victoria Medals. Tim Griffin describes monuments around Lixnaw and the Irish Times film correspondent, the late Michael Dwyer, remembered his friend, the Hennessy Award-winning poet, Patrick Buckley. Also included is a report on Tralee from 1831 extracted from the papers of the late Professor Valentine Rice of Trinity College Dublin, which includes a map of the town at the time. 51 pages.