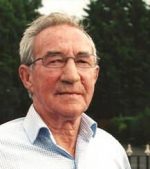 Track 1: Childhood in Kilmore Quay, Co. Wexford. Left school after completing primary education, to be apprenticed to Milo Walsh. His first winner for Milo Walsh on Fabrice in the Phoenix Park. Track 2: Worked in England as a jockey for a number of trainers, including four years with the Duke of Norfolk. The competitive nature of a jockey’s career, with its rivalries and challenges. Track 3: Returning to Ireland in 1963, to work for Clem Magnier in Co. Meath, where he remained for ten years. Discussed a number of memorable races, including a win at Cheltenham in 1972 on Noble Life, a race in which he beat Comedy of Errors. Track 4: Discussed the tactical skills that a good jockey must acquire, always attempting to win, sometimes against all the odds. Track 5: Joined Vincent O’Brien at Ballydoyle in 1974, being second jockey to Lester Piggott. Track 6: Recalled the beginning of Coolmore Stud and its development. His reputation as a tactical jockey. Track 7: Retirement from riding in 1980, to become headman in Coolmore. Recalled long walks and discussions with Vincent on many an evening around Coolmore.