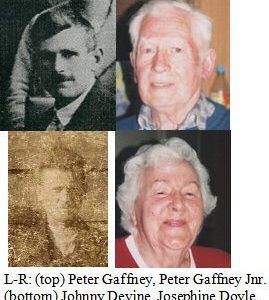 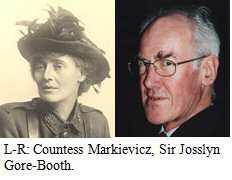 Track 1: Frank Gallagher’s early life in Cork City as a member of a large family, and as a journalist with the Cork Free Press, is described. Ann Gallagher details the period in Cork City before the Rising in 1916, explaining that her father moved to Dublin in 1917 where he met Erskine Childers and Éamon de Valera and became involved with the Irish Bulletin. Her mother also became involved with the Bulletin which was first produced in November 1919. Frank Gallagher’s War of Independence book, Days of Fear, and its production, is also described. Track 2: Ann Gallagher explains that she and her sister were adopted by Frank and Cecilia Gallagher, and she recalls her father’s disciplined and organised personality and his attendance at Mass daily. She also conveys the views held by her father on the signing of the Treaty. Track 3: Frank Gallagher was involved with Éamon de Valera in setting up The Irish Press newspaper in 1931. He was subsequently appointed Deputy Director of Radio Éireann in 1936, and in 1939, Director of the Government Information Bureau. These appointments are discussed by his daughter, who also recalls her father’s visit to America in 1939 to meet President Roosevelt to discuss Ireland’s neutrality. Track 4: Ann Gallagher recounts an anecdote relating to her father’s time with the Irish Bulletin. She also explains the final destination of her father’s papers and military medals. She further recalls the story of her uncle, Jim Gallagher, who was killed by friendly fire during the War of Independence. Her views on her father’s legacy are provided, as is a description of his prolific writings. She reads from an original letter to Frank and Cecilia Gallagher, written by Frank’s great friend, Erskine Childers, on the eve of the latter’s execution in 1922. (Erskine Childers was Secretary to the Irish Delegation at the Treaty negotiations, and Frank Gallagher’s book, Days of Fear, was dedicated to him.)