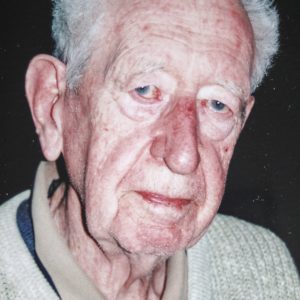 This interview was conducted at 39 Colborne Street, a premises which forms part of the family’s hospitality business. Anne was accompanied by her sons, Paul and Patrick, who now assist her in running the business. Her late husband, Pat Quinn, came from an entrepreneurial family and grew up in Cloon, Co. Leitrim, where his mother ran a public house and grocery business and his father was a member of An Garda Siochána. Over the years, Pat learned expertise in business from his twelve uncles, his mentors, all of whom were successful businessmen. His first job was managing Woolworth’s, initially in Galway and later in Limerick. He then became the front man for Quinnsworth in the 1990’s and he began to see great potential for business in Toronto. On arrival there he acquired two buildings which he converted into bars and restaurants. One of these buildings was the British Colonial Building, now called the Irish Embassy, where this recording was compiled. The other business premises is called PJ O’Brien which was the original name of the public house. Anne speaks of her own early life, growing up Slieve Russell, a country house in Co. Cavan. The Quinn family make a notable contribution to the Irish community in Toronto, promoting many Irish artists who have performed in their premises over the years.