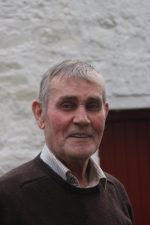 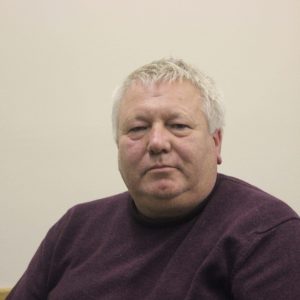 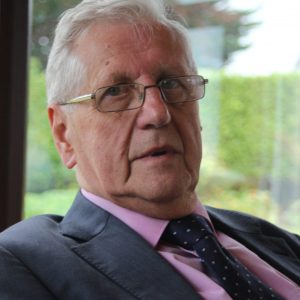 The Kerr family lived at Barrack Street in Garrison until 1970, and Bertie Kerr was one of eleven siblings. The outbreak of the Troubles, IRA activity locally and the brutal murder of their neighbour and good friend, Johnny Fletcher, in March 1972, were the instigation for the family’s decision to move from the Garrison area. Other families to leave at this time were the Longs, the McClures and the McVittys. Bertie began work with the Post Office Telephones in Enniskillen and was regularly promoted until his appointment as Area Manager for BT. Having joined the UUP, he was elected to Fermanagh County Council in 1979, and he speaks at length about his experiences at this time, while also running a farm at Ballinamallard. He also served in the UDR on a part time basis from 1972. He explains that he was on the IRA death list because of his service in the UDR and also because of his work. On one occasion, he narrowly escaped with his life when shots were fired at the car he was driving. On 25 August 1972, two on duty soldiers, Jimmy Eames and Alfie Johnson, were killed while checking a booby-trapped car near Enniskillen. Bertie, who was working just one field away, had the grim experience of coming upon the bodies. Jimmy Eames, a married man with three children, had been a very good friend, and Bertie was to help his widow and family for years after the tragedy. He continued to serve on Fermanagh County Council until 2011, and he expresses strong views on the conduct of some of his colleagues on the Council during his service.