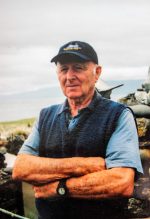 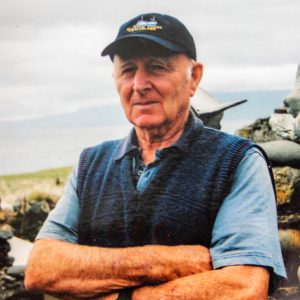 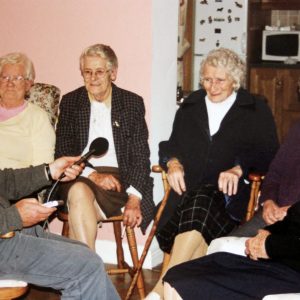 Oileánn tSeanaigh is one of the Seven Hogs islands off the Maharees on the northern side of the Dingle Peninsula. The Goodwin and O’Leary families both lived on the island. Bob Goodwin begins the interview by stating that five generations of the Goodwins lived on the island in their thatched house on the west side of the island. A 7th century monastic site stands on the eastern side. Bob’s grandfather, John, was a boatbuilder and Bob speaks of the tradition of canoe-making and the construction of this type of craft. He discusses local fishing and farming traditions and the transport of animals to and from the island. Some years before this recording was compiled, Bob was recorded as he spoke about the island field names, and of the Goodwin’s and O’Leary’s long tradition of piloting sailing ships and, later, steamships into Fenit harbour.