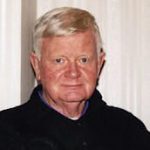 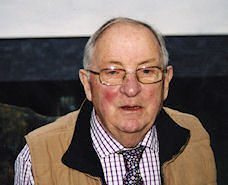 Track 1: His background in Dundalk, and his education. Leaving Ireland in 1957 to work in England. Joining the Anglo-Irish bloodstock industry while studying for a degree in Commerce. He joined Myson in Newcastlewest as managing director in 1969. Track 2: He joined The Turf Club in 1976 as Chief Executive. Historical background to The Turf Club in Ireland and the people who worked there. Track 3: His remit with The Turf Club. Those who were on the governing body. The state of the industry in the 1970s. Setting up of the Racing Board. Track 4: Politics in the industry during his time and the formation of Horse Racing Ireland. Track 5: Reasons for the change, and the development of the company. Track 6: Perception of the old Turf Club as highbrow. Responsibilities to the industry; breaking with tradition. Track 7: After his retirement being nominated Steward of The Turf Club for two years. The allocation of prize money for the national hunt and flat races. Track 8: An account of the Chief Stewards under whom he worked. The ownership of the Curragh racecourse and the costs incurred. Track 9: A typical day when he held the position of Chief Executive and Keeper of the Match Book, and the people who worked with him. Changes in the rules of the sport which he instigated. Track 10: Organising the calendar for the twenty-eight race meetings around the country. His views on the reasons for the closure of racecourses such as Tralee and Mullingar. He explains why Royal Ascot would be his favourite race meeting. The people who perform the role of referees and stewards.