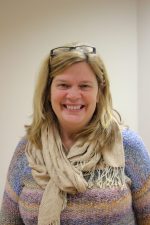 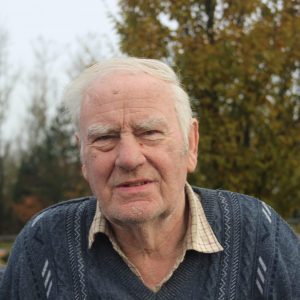 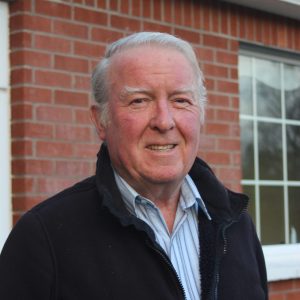 Jenny Ferguson grew up on a farm at Aghadrumsee, between Newtownbutler and Roslea, three miles from the Border. Her mother was widowed when Jenny was four years old, leaving her to rear four children alone. Jenny initially recalls some of the atrocities which occurred locally during her childhood, including the murder of a neighbouring farmer, Harry Creighton, and she also recalls his funeral service. Jenny’s grandmother, who lived with Jenny’s maternal Annon family, was closely related to the Foster family who lived in a neighbouring farm. Johnny Kelly was a member of the security forces and for this reason he was targeted by the IRA. One evening he was in his farmyard when he was confronted by members of the IRA who fired at him, and though injured, he managed to return to his house and set off a flare which alerted the security forces. It was suggested by them that the family relocate to Lisnaskea for safety, which they decided to do. This broke Jenny’s mother’s heart, as Johnny Kelly had been an excellent neighbour and friend. His daughter, Arlene Foster, attended the Collegiate College in Enniskillen and on her bus journey from school on one occasion, the IRA ordered everybody out and then burnt the vehicle. Following Jenny’s marriage to Robin Ferguson in 1985, she joined the Royal Irish Regiment, serving until their disbandment in 2007. She worked as Recruitment and Welfare Officer and also reared five children during those years. An atrocity which directly affected her family was the killing of Alan Ferguson, brother of her future husband, in 1978. Alan Ferguson was a part time member of the UDR, who was on patrol in Garrison when he was shot and killed by the IRA. Jenny remarks on the steadfastness and endurance displayed by her widowed mother-in-law during the years of the Troubles. Today, Jenny works in promoting reconciliation between communities.