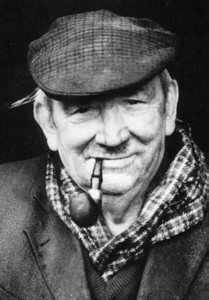 Jim Treacy was born on the 27th July 1915. He was a member of the farming community and was involved in all the farming activities in his local area. He was a founder member of Ballingarry I.F.A in the early sixties. Jim was a keen GAA player and follower. He was a member of Knockshegowna GAA club which he founded with locals in 1934, and with whom he had the honour of winning the North Tipperary Junior Championship in the same year. As it was Silver Jubilee year victory was very sweet. He was a selector in 1965 when Knockshegowna won the North Tipperary Under 15 Juvenile Championship. Two of his sons played on the team. Jim played an active part in securing free transport to Borrisokane Community College in the early seventies. He died on the 14th October 2000.