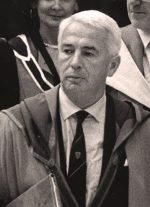 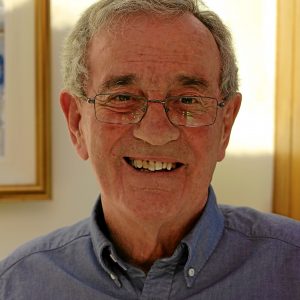 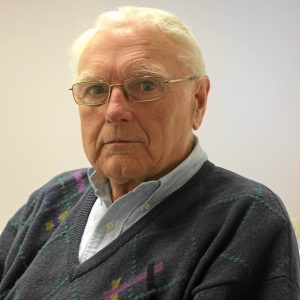 John Kelly grew up in Newry, Co. Down and he graduated in 1957 from the UCD Engineering School in Upper Merrion Street with a degree in Chemical Engineering. His initial employment was with Esso U.K. after which he was appointed Process Leader to the newly built oil refinery at Whitegate, Co. Cork. He speaks anecdotally about those early days.

In 1960 he joined Browne and Nolan printing works in Dublin as Factory Manager, and was later moved to UCD in 1963 as a college lecturer, teaching unit operations. Whilst lecturing, he undertook research for a PhD project on mass transfer in solids drying, which he was awarded in 1968. In 1969 he was awarded a Fulbright scholarship to the University of Maryland in the USA as a visiting Professor, and while there, he undertook research in the National Institute of Health, the NIH, in Bathesda Maryland in the newly developing research topic of biomedical engineering. In association with the US Embassy and the Department of Foreign Affairs, he was involved in the establishment of the Fulbright Commission in Ireland, and was appointed its first chief executive, a post he held for a number years.

Returning in 1971 as a senior lecturer in UCD, he was elected in 1979 as Dean of the Faculty of Engineering and Architecture, a position he held until in 1986 when he was appointed Registrar and Deputy President of UCD. He held this position until 1994. During this time he was instrumental in setting up the Engineering Graduates Association, the EGA, which in turn raised the finances from its alumni in the Irish engineering industries to build the University Industry Centre, the UIC, alongside the new engineering building in Belfield who’s mission was to support industrial innovation deriving from the engineering research in the University. It later changed its name to NovaUCD, which now operates in cooperation with all Faculties in the University. As Registrar, he established and chaired a support programme for students with disabilities which later expanded as a national programme across all Irish universities as AHEAD, the Association for Higher Education Access and Disability, now fully supported by the Higher Education Authority. In association with Sir Anthony O’Reilly, he was appointed as Chairman of the O’Reilly Foundation which awarded scholarships to outstanding Irish scholars to undertake post graduate degrees abroad. He recalls a chance meeting with the Canadian Ambassador who introduced him to Craig Dobbin from Newfoundland, the CEO of CHC (Canadian Helicopter Corporation), resulting in his being appointed to its Board. He served on the Board of Directors from 1992 to 2007, which led directly to his securing the funding for a Chair of Canadian Studies in UCD, and the establishment of the Ireland Canada University Foundation, or ICUF ( www.icuf.ie ), both of which are still thriving.

On the completion of his term as University Registrar In 1994, he was appointed Professor of Chemical Engineering which he held until his retirement in 2000. He speaks at length about each of his UCD appointments and explains that while he was Dean he set up a biomedical engineering research programme and a Biomedical Engineering Society for Ireland, together with Proferssors Eoin O’Malley ( Mater Hospital ) and Paddy Fitzgerald (St. Vincent’s Hospital). In 1980, he organised a session in the Engineering School in Upper Merrion Street, Dublin on the topic of women in engineering. At that time few females studied engineering in UCD. Following this meeting, the numbers rose from 2% to 17% in the following year, and were to gradually increase thereafter, keeping pace with international standards.

In 2007, John Kelly was conferred with an honorary Doctor of Philosophy degree by Bethlehem University in Palestine in recognition of his contribution to its academic development over some twenty five years. ( www.fbui.ie )

Currently John Kelly is Emeritus Professor of Chemical Engineering at UCD, and is enjoying his retirement, though still fully active in his ongoing academic involvements with both Canada and Palestine.