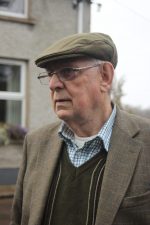 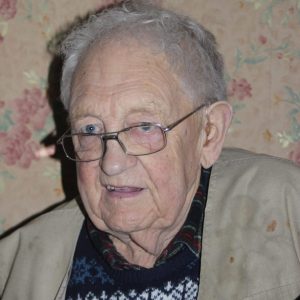 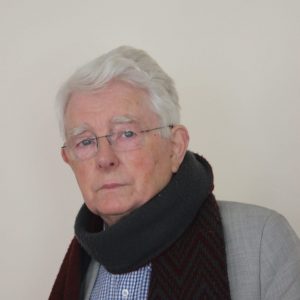 The McClure family lived in Kiltyclogher in North Leitrim, and in 1942 the family relocated to Garrison in Co. Fermanagh for economic reasons. In 1956, John McClure joined the Ulster Special Constabulary during the first Troubles. In 1959 he married Ivy Kerr, also of Carran West, and in 1970 he transferred to the UDR as a part time member, while also engaged in farming. At this time, problems began for the family when the IRA on two occasions placed incendiary devices close to their house at Carran West. His neighbour and good friend, part time UDR member John Fletcher, Frevagh, was murdered by the IRA in March 1972. John explains that he then received a death threat and the family decided to move to Springfield for safety. The McClures retained the property in Garrison, and in 1974, when friends of the family were living in the property, a bomb exploded there in June 1975, killing Margaret Kilfedder who was in the house with her husband Sam. John discusses his duties while a member of the UDR and the many skirmishes in which he was involved, explaining that it was not possible to trust your Catholic neighbour at that time. Illustrating this, he describes an incident during a Disturbance Day (when all IRA sympathisers went on strike) when the family home of John James Burns at Farrancassidy, outside Belleek, was destroyed by bombing. Subsequently, one of the IRA perpetrators was arrested and was discovered to be a close neighbour of the Burns family.