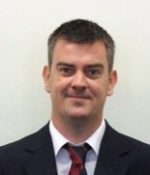 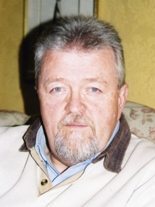 Track 1: The O’Donoghue family, originally from Glenflesk, is described, and the purchase of the house, now the Gleneagle Hotel, by John O’Donoghue’s grandfather Paddy O’Donoghue, is recalled. John O’Donoghue discusses his father, Maurice O’Donoghue, and his great entrepreneurial skills in the hotel and entertainment businesses. Track 2: Maurice O’Donoghue was a staunch supporter of Fianna Fáil and a party member. His son says that he entered politics for the betterment of the town of Killarney, and also for the promotion of his business. The success of the Showtime Express – a Dublin to Killarney train service instigated by Maurice O’Donoghue – is recalled, as is the brass band which he arranged to play for the tourists on arrival. The construction of the INEC at the Gleneagle Hotel by his father, and its great success over the years, is described by John O’Donoghue. Track 3: The decision by Maurice O’Donoghue not to run for election to the Dáil for Fianna Fáil is discussed, and his great involvement with Killarney Golf Club and with Killarney races is described. Track 4: John O’Donoghue’s brother Patrick became a member of Killarney Urban Council on the death of his father Maurice O’Donoghue, and later, on Patrick’s retirement from politics, John O’Donoghue took the seat on the Urban Council. He provides his views on the loss which will accrue to the town of Killarney when the Council is dissolved, and he discusses his decision not to run for re-election. Track 5: The women in the O’Donoghue family are discussed, in particular his Killarney-born paternal grandmother, whose maiden name was Foley, who was a constant presence at the reception desk at the Gleneagle Hotel until her death some years ago. John O’Donoghue mentions that his own responsibility now lies in the running of the Brehon Hotel, and he describes the involvement of his siblings in the family businesses.