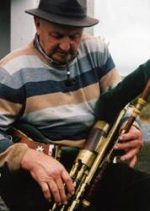 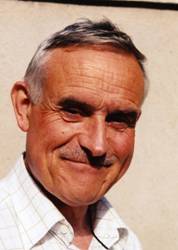 This recording was compiled at the ancestral home at Clarabricken, where the Carrigan family has lived for many generations. Martin and Tom Carrigan are brothers, and their home is famous for the craft of uilleann pipe-making. The brothers’ grandfather, Nicholas Carrigan, began this great craft and his most prized possession was a set of pipes (an Egan set) once owned by Michaleen ‘Gumba’ O’Sullivan. This set is now in the custody of Martin Carrigan and in the recording a very old Limerick lament may be heard, played on these pipes. Fr Tom Carrigan recalls the activities of his father, William, during the Troubles in Woodstock. The house at Clarabricken was always known as a safe house during these turbulent days. Nicholas Carrigan, the brothers’ grandfather, owned horses of an unusual breed, and the Travellers would bring their mares to the horses for servicing, and meanwhile, would play some tunes on the pipes, which Nicholas enjoyed. They began to swap tunes, and Nicholas began to repair their pipes when necessary. Martin Carrigan explains that his own interest in the pipes and their construction, began when his earlier hurling days were over. He became involved with his father William’s work, and in the recording he compares the old ways of restoration with the new. Fr Tom Carrigan spent forty years in California working as a priest, and in the recording he discusses his experiences over these years.