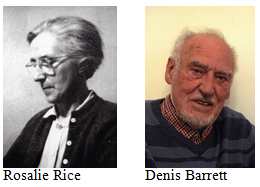 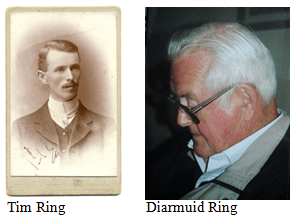 Michael Brendan Mulvihill initially discusses the many members of his family who worked in the Irish Civil Service. He explains that his father often visited relatives in Ballyduff near Tralee, from where Michael Mulvihill originated, and he recalls visiting the old home which is now a summer house. He also recalls the importance to his father of his uncle’s reputation. A letter written to his father in 1968, concerning his uncle Michael who was killed in 1916, is read. His father was unhappy about statements made about Michael Mulvihill’s politics, and was concerned that anything written about his uncle should be accurate. The interviewee’s father was 12 years old when he left Kerry for Kilkenny. He joined the civil service in Dublin at the age of 18. At one time he worked as Noel Browne’s private secretary and speech writer, and he is remembered in Browne’s autobiography Against the Tide. The origin of the phrase ‘the retreat from Maynooth’ can be ascribed to his father, Michael Brendan says, and his uncle Tom is remembered as a character. The family in Ballyduff was a target for the Black and Tans, and in as much as Michael Brendan knows the family was republican, though the only one who took up arms was Michael Mulvihill who lost his life in Dublin in 1916. Michael Brendan reads a letter written to Michael Mulvihill’s sister Margaret by N. O’Neill, the sergeant who discovered his body in Moore Lane at Easter Week. A plaque to commemorate Michael Mulvihill’s death was erected at the family home at Ardoughter, Ballyduff, in 1966, he explains. He reads a letter from his father, written in 1966 to Mr Pierce of The Kerryman regarding the inclusion of an article about his uncle Michael Mulvihill in the new edition of Kerry’s Fighting Story. He writes about his researches and the verification of facts relating to the life of Michael Mulvihill. Mulvihill’s brother-in-law and IRA colleague, Austin Kennan, is mentioned. Michael Brendan reflects upon the sacrifice of the men of 1916. They were ordinary people who fought for what they thought was right, he says. Their story is poignant but he is proud of his granduncle and the role he played in the struggle for Irish freedom.