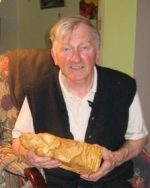 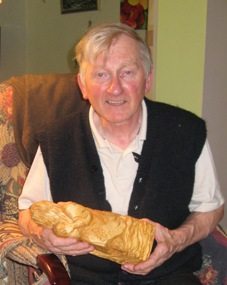 In this second recording, Michael Quirke remembers the first figures he ever carved using scrap wood and a butchers knife. All his work is ornamental and he explains that he dislikes people dictating to him how to do his work. He recalls a time when he was famously asked to be a Druid at a wedding and he describes the event vividly. When Michael’s father died, butchery was changing due to regulations in force, so Michael closed the business and began making carvings on a full-time basis. He describes the mythological crouched tiger figure he has made and what it means to him and he obviously takes great pride in his work.