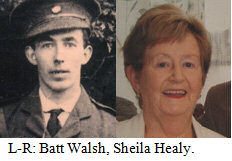 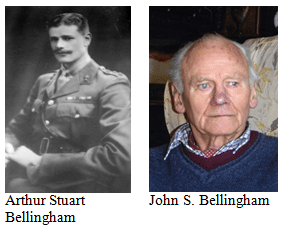 Track 1: Contains a discussion on Charles Weston’s early education, joining the IRB, and being involved, with his siblings, in the 1916 Rising. Charles Weston was a Section Leader. Paddy points out that the Lusk Brigade was well prepared for battle. Track 2: Paddy Weston gives an account of the battle of Ashbourne, and he explains his father Charles’s later decision to join the Free State Army. He was stationed in Kerry as a Captain in the Engineers during the Civil War. In 1923, he resigned from the army and his son explains the reasons for this decision. Track 3: In 1939, due to ill-health, Charles Weston refused an offer to be reinstated, explains Paddy Weston. He further explains that his father spoke little about his experiences during the 1916-1923 period, though Paddy was informed, by two survivors of the battle of Ashbourne, that his father’s responsibilities were in the area of explosives. Track 4: The decision by Charles Weston to refuse a military funeral, due to the perceived abuses of the pension system, is described by his son. He did get involved in the setting up of the Fingal Old IRA Men’s Welfare Society, the purpose of which was to assist the families of those involved in the Rising. Charles Weston and his sisters, Julia and Thomasina, were awarded military medals, and the women carefully saved their Cumann na mBan badges. These are retained by Paddy Weston, who describes his pride in his ownership of them. Track 5: The background to the Weston family, their arrival in Fingal, and Charles Weston’s working life following his resignation from the army, are all described. The reign of the Black and Tans in the Fingal area is recalled, as is Charles Weston’s escape from his home during a Black and Tan raid at that time. Track 6: The band set up by Tomás Ashe – The Black Raven Pipe Band – and its influence in bringing together a large group of young men, who would later become involved in the Rising, are discussed.