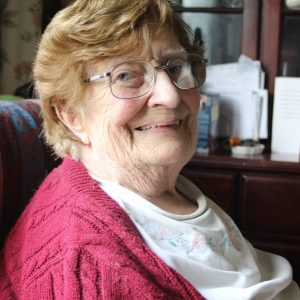 Séan was interviewed in Franklin, New York. A brother of Mossie Curtin who was also recorded for this oral history collection, he emigrated to the United States in 1958 where he joined the military in 1960, being stationed at a naval base in the Philippines. In 1966 he joined the NYC Police Academy, where he remained until his retirement. Séan gives an account of the local areas of Mountcollins, Tournafulla and Garravane, using old maps and records that he had collected over the years. He then recalled local people he knew who farmed the land, and those who, like himself, were forced to emigrate, outlining their backgrounds and their ultimate destinations in America.

On a return visit, Séan continues with more stories relating to West Limerick. He recites old poems on the subject of emigration, and remembers local characters, including the cooper, Willie O’Connor.