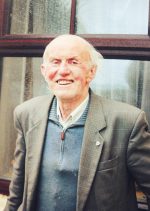 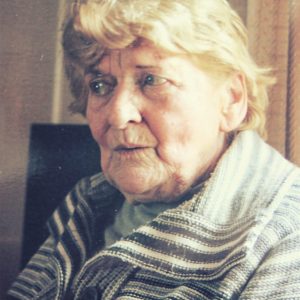 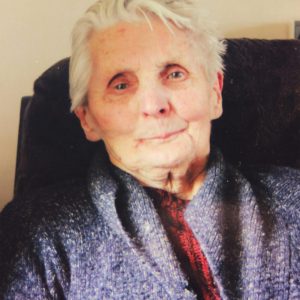 The railway station at Castlegregory was a hive of activity during Tom Daly’s young days, and he describes in detail the train journey to Tralee at that time. He remembers helping the local farmers drive their cattle and pigs to the station after Fair Days in the village and explains that the railway opened up the countryside to the wider environment. He also recalls occasions when he got out of bed at 4.am and accompanied his father, David Daly, carrying pigs to Slattery’s Bacon Factory in Tralee in their horse and car. During the summer months the horse and car was used to ferry turf from the bog nine miles away on Brandon Mountain. A description is given of the harvesting of hay with a mower and the spreading of seaweed on the land. Tom’s uncle, who was known as “The Yank” because he lived in the U.S., returned home in 1949 with a cine camera and projector. He filmed the villagers and the work being undertaken. This rare early footage is now in the Irish Life and Lore archive through the generosity of the Daly family. The Spailpeens are also recalled. They would travel from Castlemaine and Keel on Sundays and line up with their spades waiting to be hired by the farmers at one pound and 5 shillings a week. Tom explains that at one time he ran the local dancehall, The Pavilion, and he recalls the bands who played there and explains that the people would cycle from miles around to attend the dances during the war years. The carnivals, the hawkers and the street performers were also recalled, as were the matchmakers, the cross roads dancing and the snaring of rabbits.