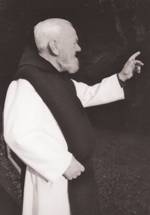 In the comfort of the Lawless home, I spoke to Tom and May Lawless about how the Lawlesses first came to the area, establishing a shop/grocery/pub/hardware merchant’s, in a place known as Blueball, which was a half-way house. Tom’s grandfather came from Ballygar, Co Galway, where he was an R.I.C sergeant. He quickly established the business, after his marriage. Tom – the grandfather – married again after the death of his first wife, and altogether had 19 children. The eldest son Tom came to Tullamore town and married into the Moran shop and hardware business. He was deeply involved in the 1916-1922 Troubles. He had a very successful hurling career, winning four championships in Dublin, and one All-Ireland with Tullamore. His eldest son Tom married May, who grew up in Edenderry. Tom and May now ran a very successful pub and undertaking business in the town with their son Tom running the undertakers.