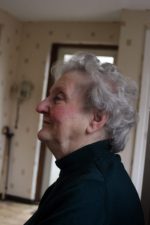 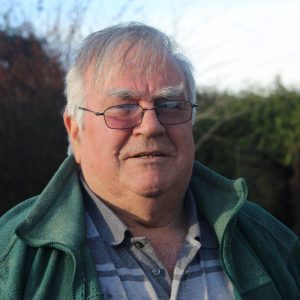 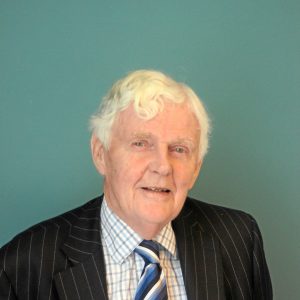 Winnie Humphries grew up in Letterbreen, and she married Jim Armstrong who farmed at Lenaghran. Her late husband Jim was a part-time B Man, and later transferred to become a part-time member of the UDR. She recalls peaceful times prior to the outbreak of the Troubles but says that everything changed when the IRA atrocities began. She clearly remembers attending the funeral of murder victims Thomas and Emily Bullock in September 1972 and she also recalls other tragic victims of atrocities in the area. She describes an incident when her husband Jim Armstrong was stopped on the road on his journey home by members of the IRA who were wearing balaclavas, but they waved him on. She also recalls another incident involving a neighbouring family: an explosive device was fitted to the car of Thomas Carson, a reserve policeman, whose wife drove the vehicle into town and back home again, accompanied by their young child. Thomas Carson then drove to Enniskillen Barracks to commence his period of duty, where luckily the device was spotted, removed and decommissioned. In September 1973, local man and part-time member of the UDR, Matthew Lilley, who would collect milk each morning in Letterbreen, was shot by the IRA close to the Armstrong home. In May 1979, Jack McClenaghan, a former member of the UDR was shot while delivering bread in Garrison, and his good friend Jim Armstrong came upon the terrible scene.