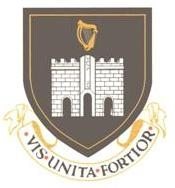 Track 1: Patrick Daly was co-opted onto Tralee Town Council in 2012 in place of Sinn Féin member Toiréasa Ferris. He describes his Dublin background and the family move to Tralee in 1973. He studied law in UCD and was apprenticed to Pat Mann Solicitors in Tralee before emigrating to the United States and returning to Tralee in 1996. Track 2: He explains his reasons for joining the Sinn Féin Party, he discusses anti-social behaviour in Tralee, and the response of the Council and his own response in joining the Policing Committee. He also discusses the local print media and its work. Track 3: The Sinn Féin Party’s work on local issues, his membership of the Tralee Town Council, his supporters and his Director of Elections are discussed. He explains his brief on the Council and his work on social housing. Track 4: Similarities with the Labour Party are outlined, as is pedestrian in the town centre and the business people in Tralee. Track 5: Traders in the Square in Tralee are discussed, along with the waiting list for council housing and his work around this and also on the improvement of facilities on council estates. His views on the disbandment of Tralee Town Council and on the proposed Municipal Council are set out. Track 6: Patrick Daly`s grandmother was a member of the Fitzgerald family of Rock Street, Tralee, and he explains that it is a source of pleasure to him that his place of business is situated on that street today.